Who Let the Dogs Out…

I thought I would make a quick Christmas Eve entry show a little more work from a great piecer and at the same time tie in what true Customer Service is all about.

This quilt is for the neighbor of the piecer, in this case the piecer is my customer (for each quilt I longarm for her she provides a quilt top and back for Quilts of Valor.) I feel like I’m picking her pocket. She has ask me to longarm her quilt…I am as usual honored to do so. Her work is always well crafted, colorful and just plain fun. If it isn’t too obvious her neighbor has some kind of a relationship with dogs. As it turns out she is in fact a Dog Nanny. Who knew? 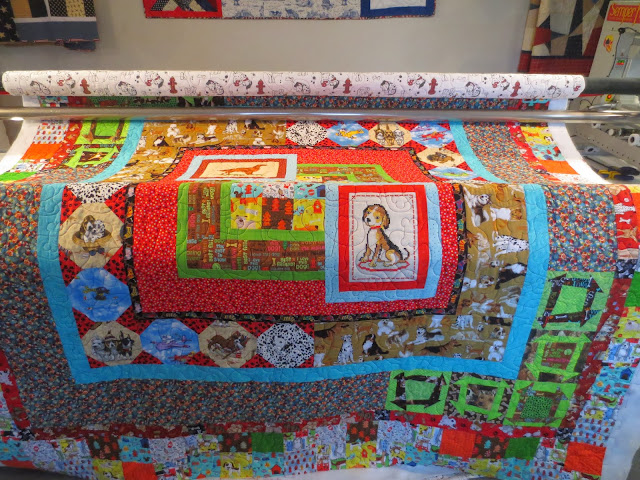 Okay…it’s not pressing…but if I can do it so the piecer can bind it and give it to her friend for Christmas it would be great. I’m thinking no problem. There is nothing on the machine, it’s Sunday and I have no plans. Within the next hour or so it is all loaded and ready to go. Well almost. I do not have a quilting pattern that would even come close to complimenting this quilt. Off to the computer I go. As usual I find what I am looking for at Digi-Tech Designs (www.digitechpatterns.com). I get it downloaded, unzipped and prepare to transfer the “.pat” file to my longarm tablet. There is no .pat file to be found. I admit I am a little peeved. I search and double search to make sure…no .pat file. 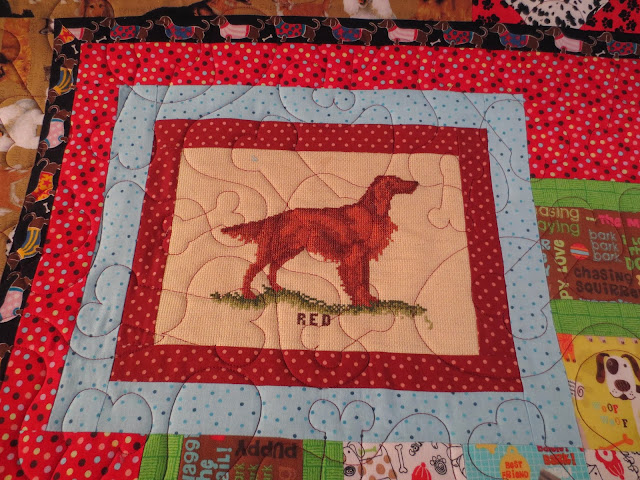 I send Digi-Tech an email and resolve that the quilt will not be done in time for my customer to bind for Christmas. It is the Sunday before Christmas, a family owned business and probably closed down until 2014. I thought. I love it, sometimes, when I’m wrong. Within minutes I get a response from Jessica Schick, Digi-Tech Designs owner (one of…family business.) She says there is a .pat file in the download. But just in case she has included the .pat file as an attachment to her email. I look at the file, it is in fact a .pat file, the one I need. My gratitude abounds. I download the file, go to the folder downloaded to and guess what…NO .pat file. But there is a .gimp file. As it turns out the program Gimp that I use for photo editing, by default, changes .pat extensions automatically. I go back to the original folder and there it is a .gimp file. I have some default modifications to make in my computer. 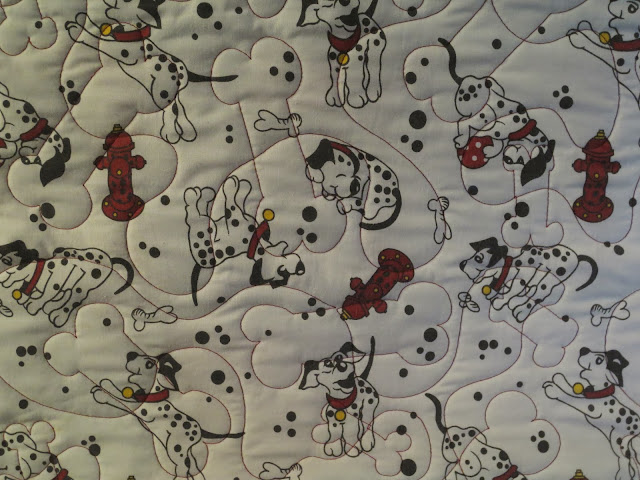 I have informed Jessica…I have deleted all other digital quilt pattern suppliers from my bookmarked files and make this pledge publically…if Digi-Tech Designs don’t carry it…I don’t buy it. I expect this kind of service from Nordstrom, have gotten it from Virginia Longarm and now Digi-Tech Designs. Customer Service that goes beyond all expectations is alive and well. It is a limited list…but I have a list thanks to those that are in fact paying attention.

Elaine and I wish you a Merry Christmas…and I know of a Dog Nanny that is going to have a really great Christmas. And to all a Good Night.

Everything I Am That’s Good…

On the evening of December 4, 2013 I was selected as one of ten Honoree’s from a list of Nominees designated for the Still Serving Award. Our names were submitted to a panel of Judges selected by The Flagship, a Mid-Atlantic Region military newspaper. I’m not certain I can say why. But I was included in a group of career military men and women, all Officers, who after long careers, one of which was cut short by severe wounds suffered in battle, continued their service within their chosen endeavors and communities. As the short bios were being read I sat in awe of what the other Honoree’s had accomplished, both in and out of their respective branches of service. I’m thinking I just longarm quilts.

I was beyond honored, humbled and grateful to be included with these men and women with the likes of Jason Redman…the man whose career was cut short by battle and whose experiences would lead to the creation of Wounded Wear…to stand in his presence and that of the other Honorees was an experience I will long remember. 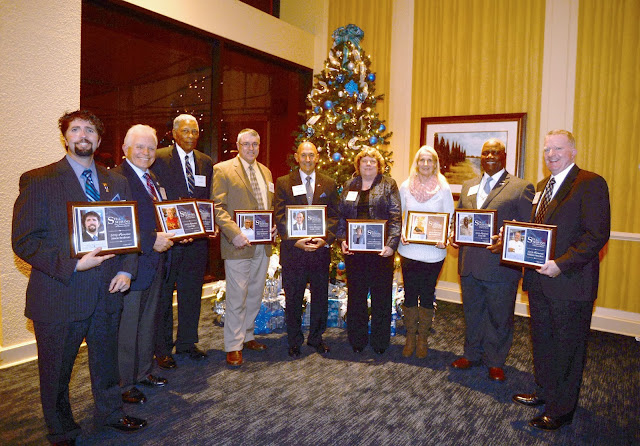 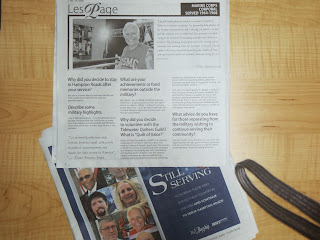 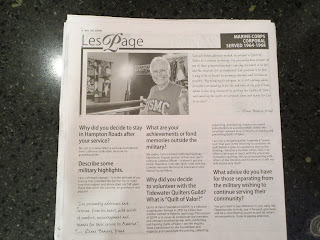 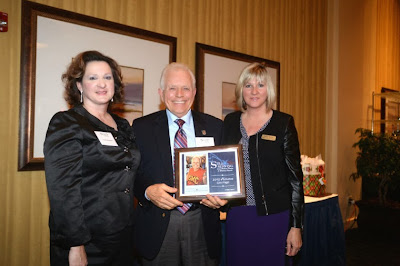 I stood there proudly though and honored not only by the nomination from Diane, a quilter and fellow Tidewater Quilters’ Guild member and a QOVF quilter. I stood as a representative of the Quilts of Valor Foundation knowing that the more than 10,000 Volunteers stood there with me. I stood proudly as a Marine, knowing my son, a career Marine and my father a WWII Marine and the history of Marine Corps stood with me. I stood feeling somewhat out of place being the only non-career military and the only Enlisted Ranked Honoree which made me stand just a little prouder and a little taller…taller being something I don’t get to associate with very often.  I stood there knowing I did good.

Good is the key word. Because everything I am that’s good is directly related to the one that makes me stand the proudest and the tallest.

I was the Honoree, and it was a good feeling. But as it is often in my case the recognition was being directed at the wrong Page. Because without her I’m not certain anyone would have ever associated the word ‘good’ in the same sentence with Les.  I did do good…because as always standing right beside me was ‘better.’  And in the heels she had on that night…taller. I’m throwing them out when she’s not looking. 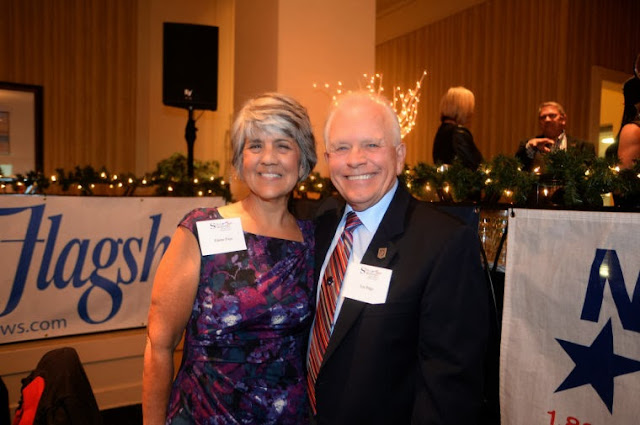 Quilt till you wilt…we do…