Then on to New Jersey...

The following week end had us on the road north once again. This time to visit four who are really near and dear, what's his name and his lovely wife Liz and our two grand children Selena and Zane. It was tough duty but our Marine Corps son, who will retire June 1, 2015 with over 24 years of service and Liz were headed to Atlantic City for his last Marine Corps Ball as an active duty Marine. I can't count how many Balls he has been the MC for but I can assure you he is going to be missed.

So Elaine says to our grand daughter Selena, 15..."What are we gonna do with two four year olds?" Of course I'm looking around for the other four year old besides my grandson. Well it shocked me as well!

So it's off to the Slot Car track. 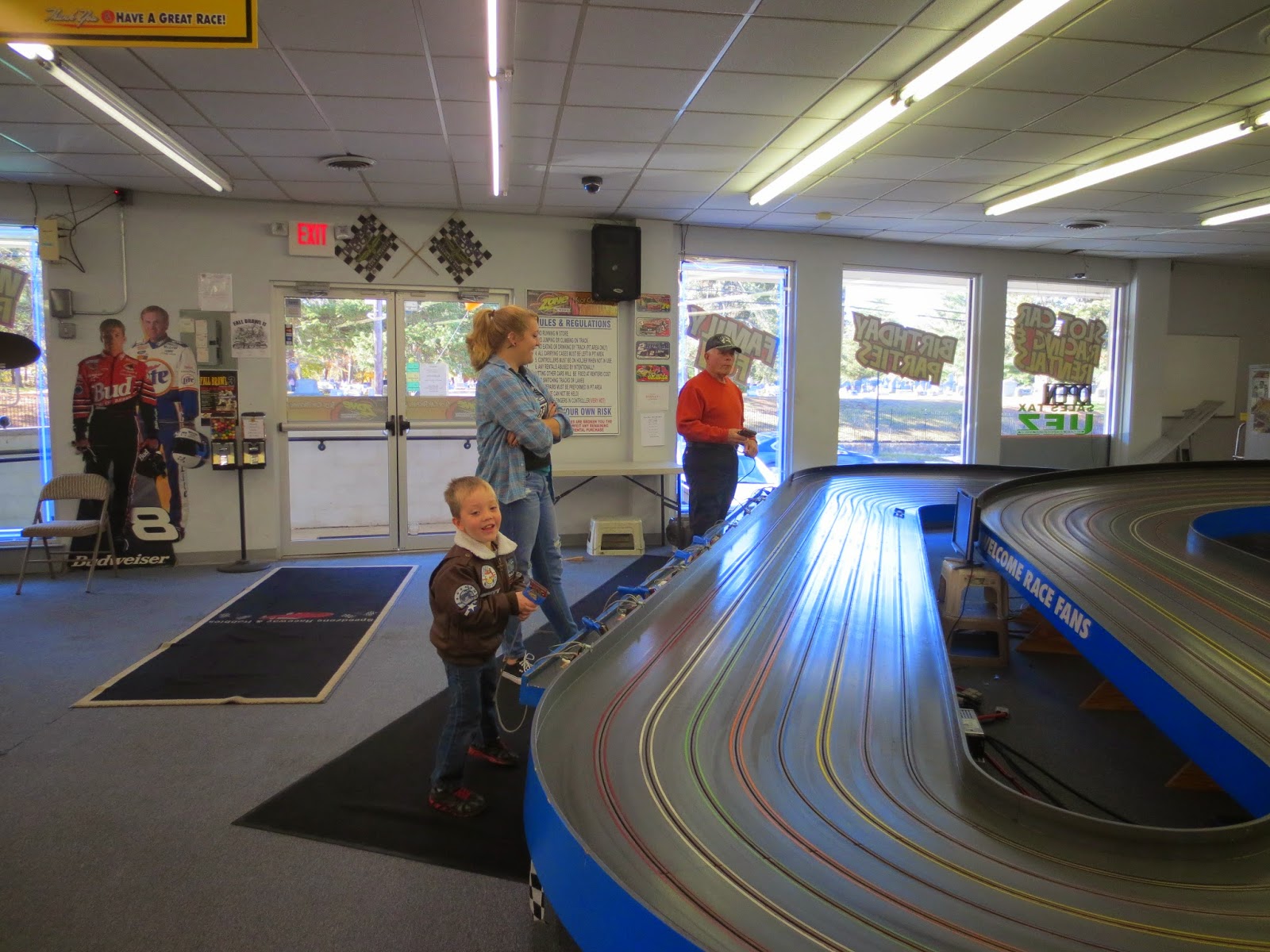 He's still screaming something about "You've been lapped." 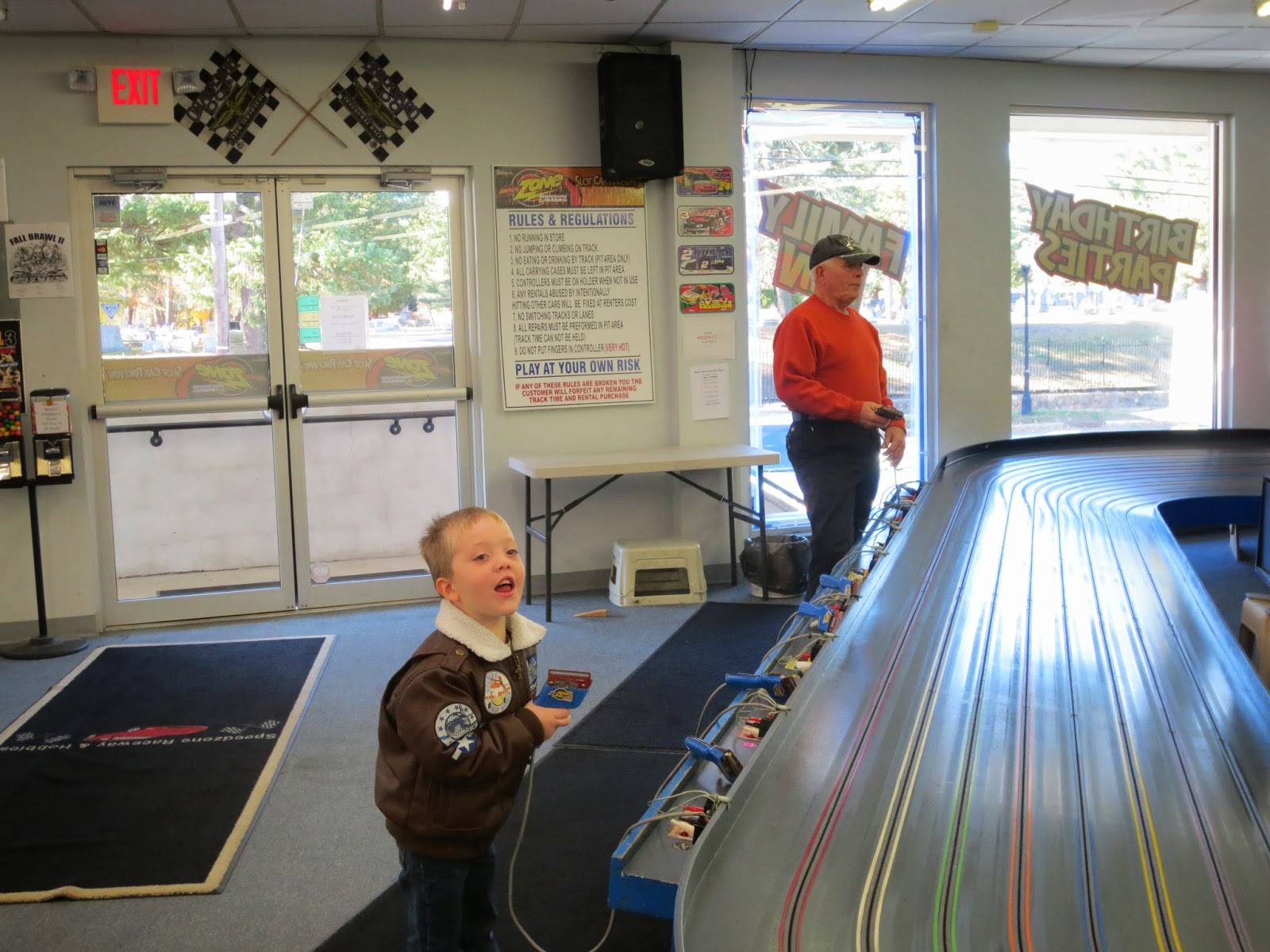 After awhile we had some others join us on the track. The testosterone was hot and heavy. 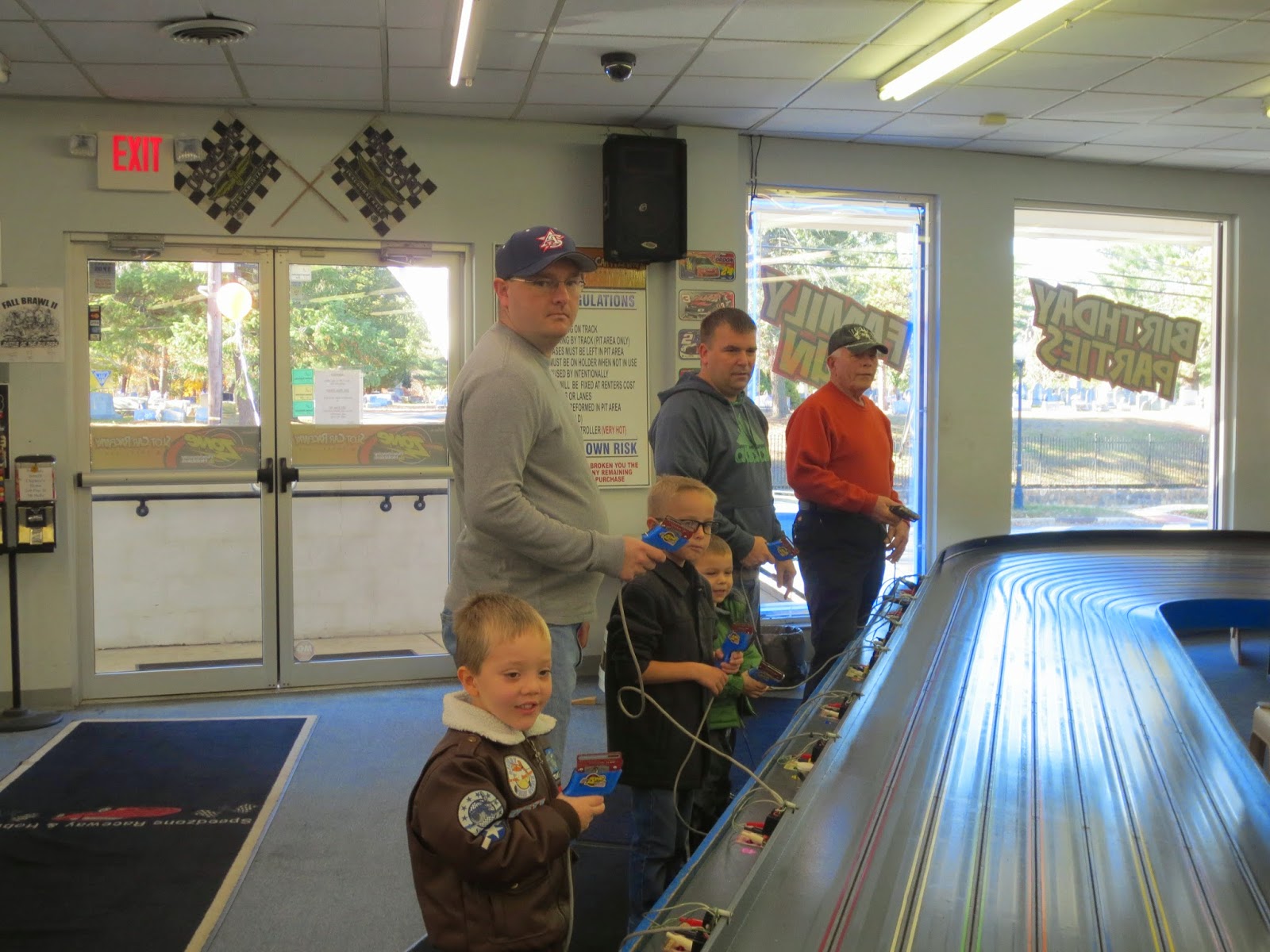 Then it was off to Build A Bear. Zane decided on Leonardo. Turns out he is a Teenage Mutant Ninja Turtle fan as well as a Marvel Super Hero fan and a Slot Car aficionado.
Here were are working on Leonardo's Birth Certificate. I lost count how many Build A Bear characters Selena has...we weren't in the store for five minutes when she's wanting to know if she can have one as well. Of course I put my foot down and said she had to share...it was Zane's turn. That was before we hit Hot Topic. I should have known. I think I was set up. 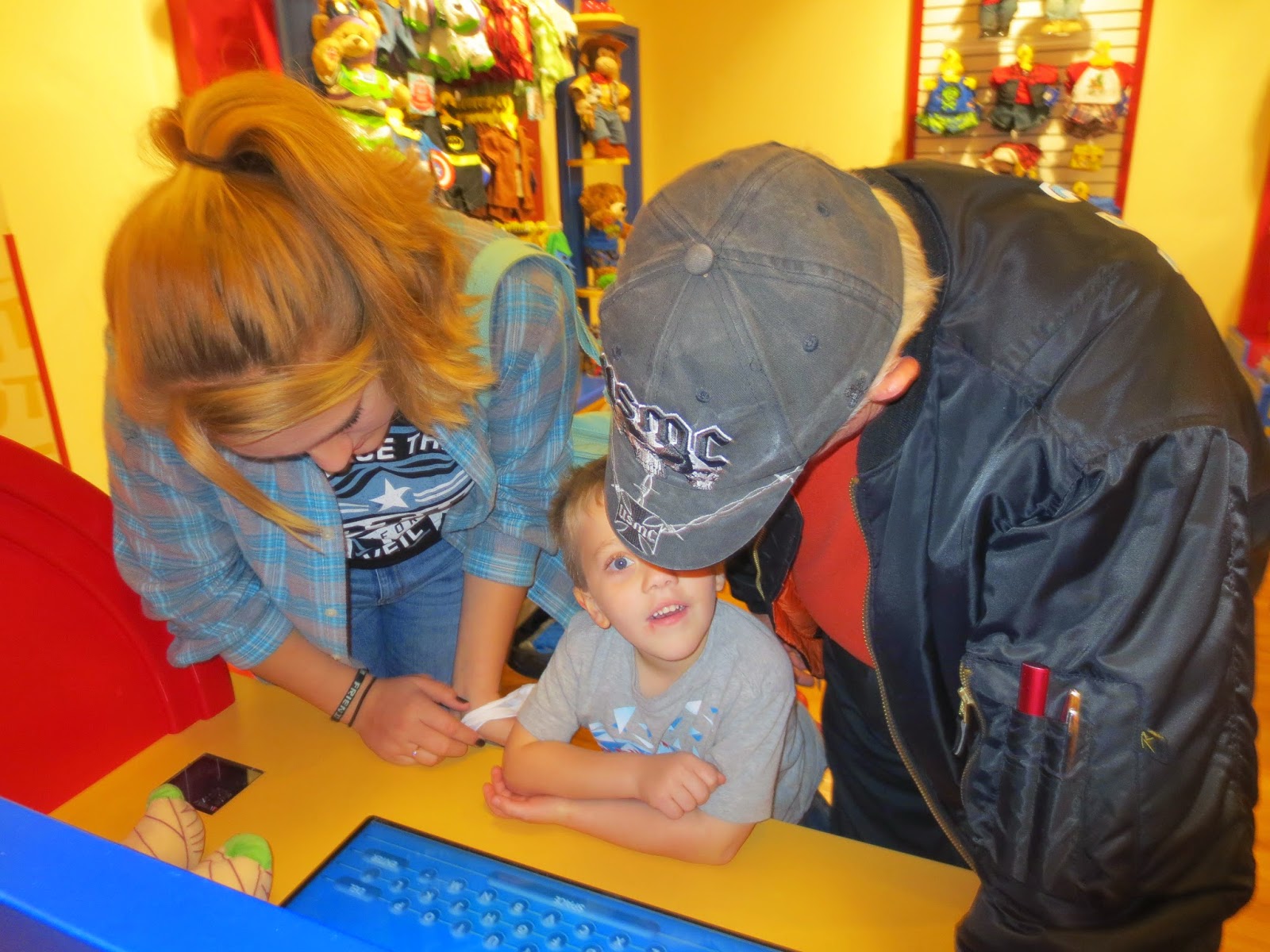 This Birth Certificate thing was quite an ordeal...We had to call in Grammy to get it finished. 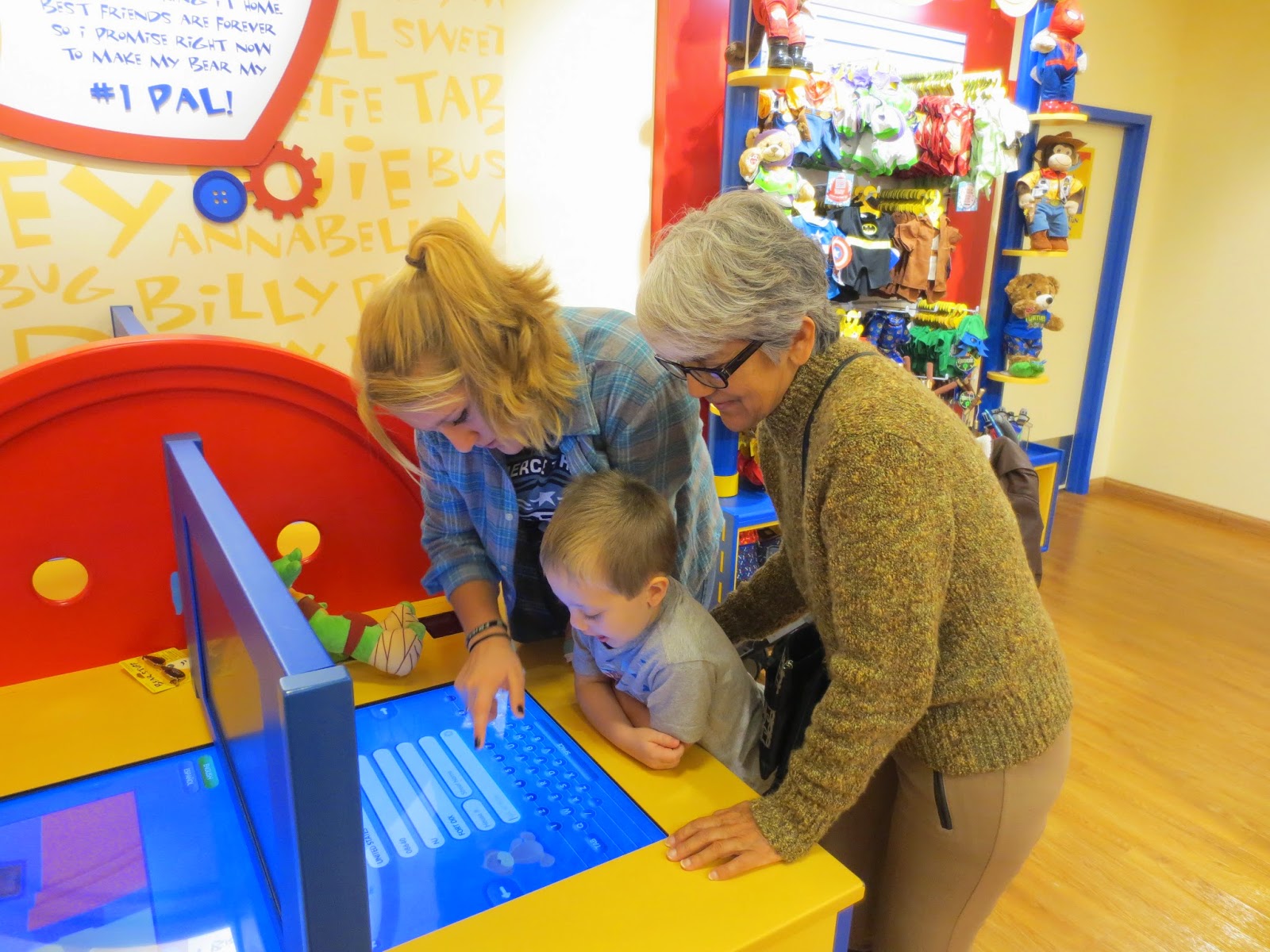 This was pretty typical...two guys walking the stores looking for the women.
"Where do you think they are Gramps?"
"Zane if I knew I would most certainly share it with you an Leonardo." 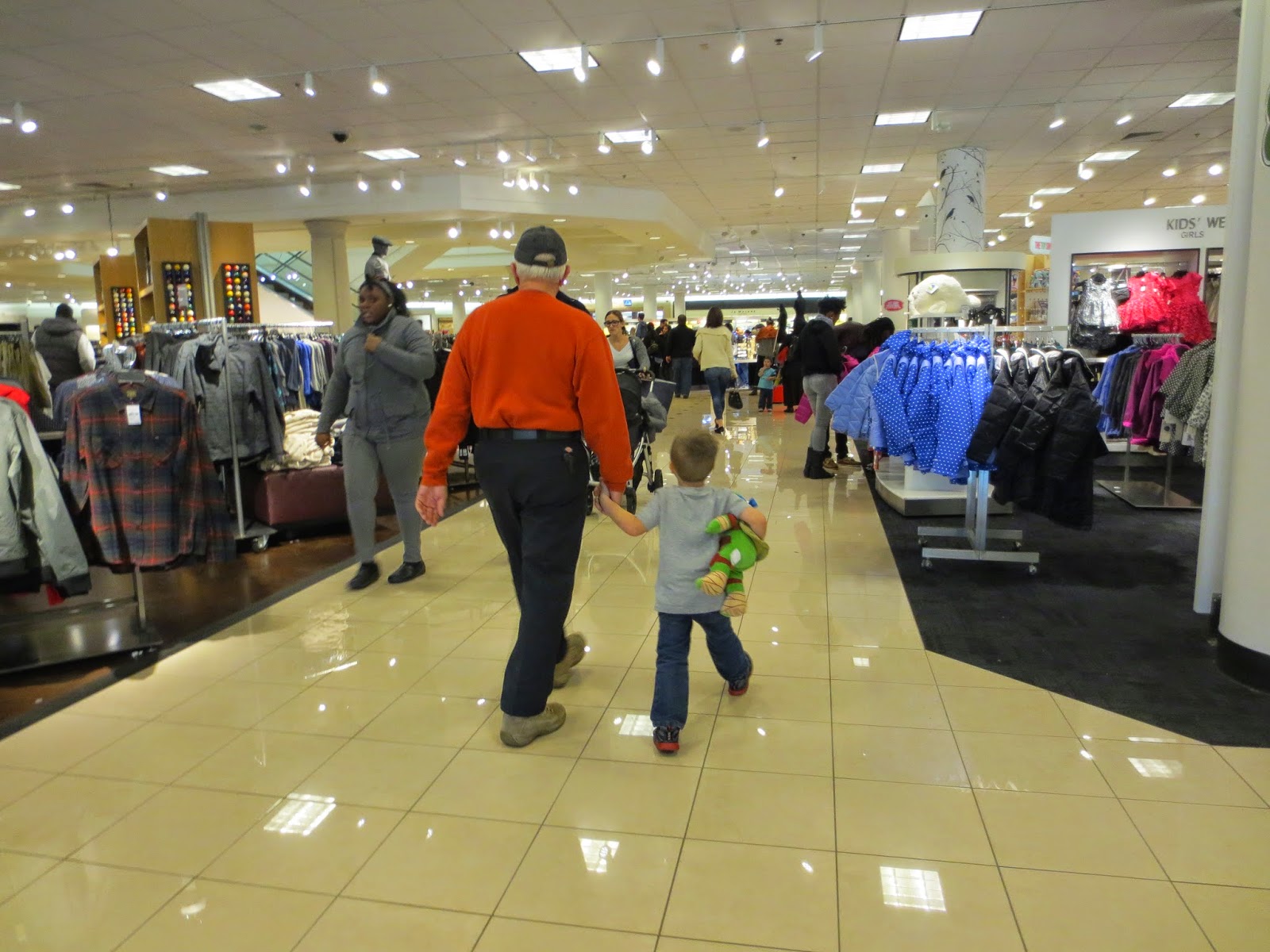 But as long as the days were and as far away from home as we were our new travelling accessory was there to comfort and keep us warm and safe as the day came to an end. I slept like a baby. Well I'm only four, remember. 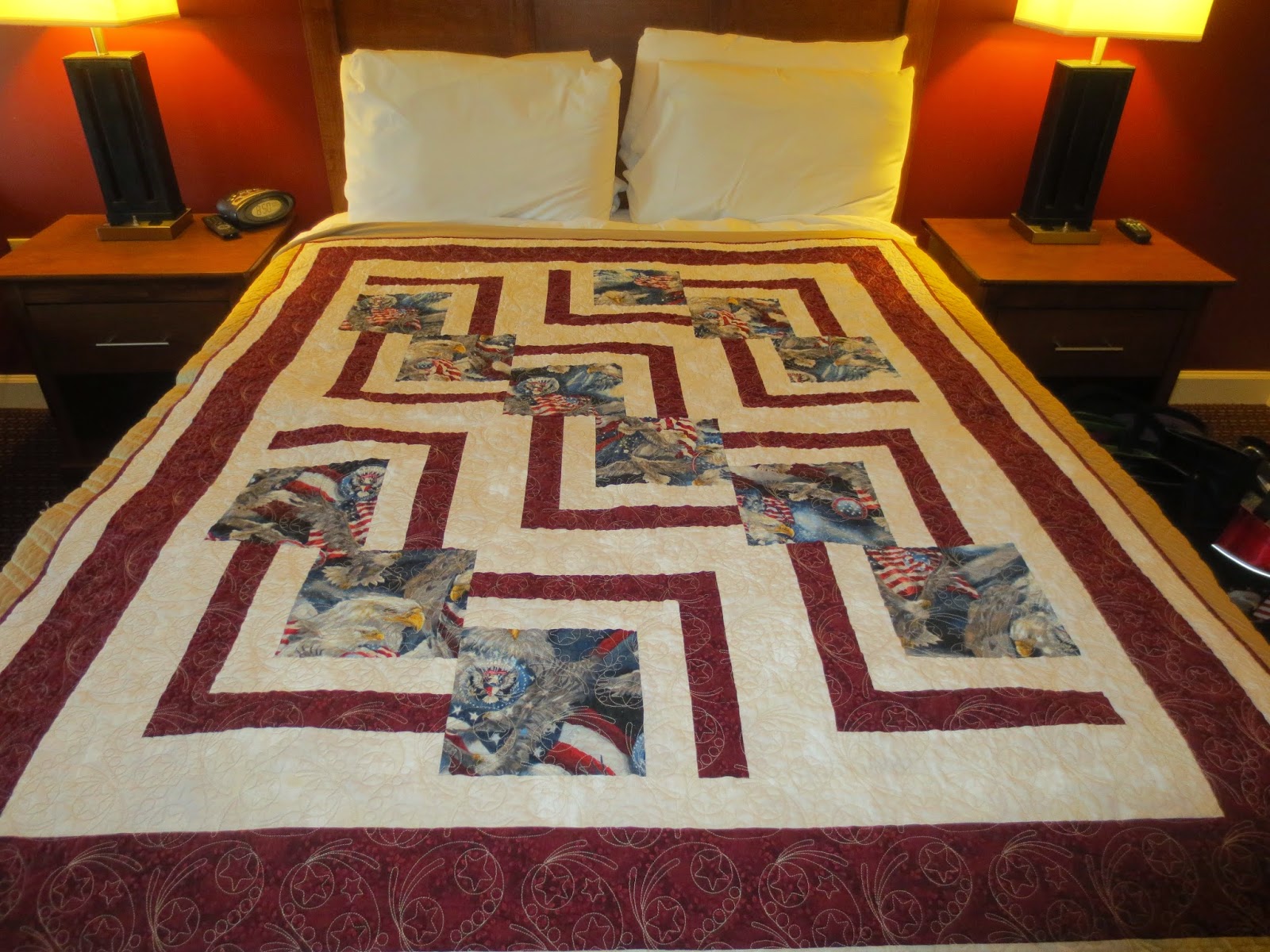