Like it or not it is approaching...So Happy Thanksgiving, Merry Christmas and Happy New Year from Studio 708. 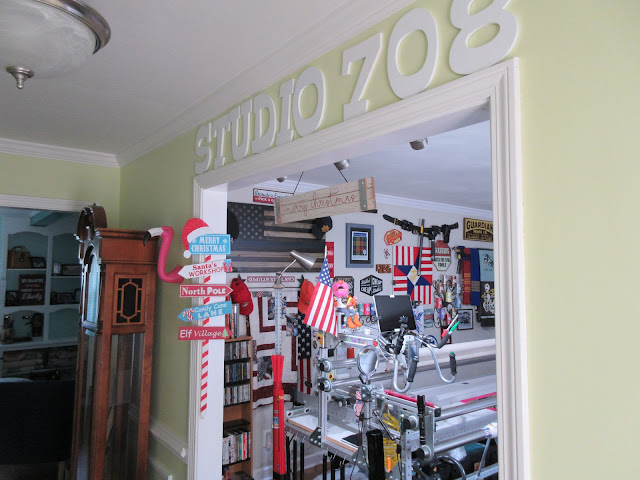 I've discussed some of these items previously. This is just a refresher for some and a couple of new testimonials for items that are well worth the money...and well others...not so much.

These Havel scissors are an absolute must in my longarm room. And at $12.99 from havelssewing.com it's hard to go wrong. You'll see them at most retailers and quilt shops for $30.
The current pair have been in use for 18 months and still working well. I do have three or four still in their packages...just in case. 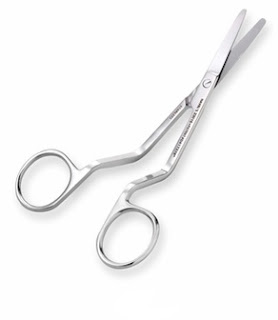 I'm going to give another job well done to the iron I use. The current one more than 18 months in service and never a glitch. Its predecessor carried the Longarm Room duties for over three years. The Hamilton Beach Durathon 19800. A work horse in this house. Like the scissors I have a back up...just in case the one in the Sewing Room or the one in the Longarm Room takes a dump. The one standing by was purchased on Amazon, on sale for $20. We've owned irons that cost way more than that and not lasted as long or performed as well. 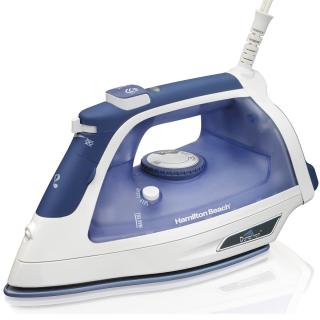 We don't recommend the one with the retractable cord.

Since, like almost day one, I've had a anti-fatigue mat in front of the Longarm. If you had my knees you would too. The originals were replaced after several years with a slightly higher quality but of the same design. I have been looking at the industrial graded mats for some time. None of the quilt stores or even Lowes or Home Depot carried anything I would consider any where close to affordable. Especially when I was searching for 4' wide by 12' long. Just about every thing I saw was at best 3' by 8'. Several weeks ago I was doing a search via Google and came across Uline. (uline.com). I found what I was looking for in a matter of minutes. I chose the Cadillac Mat, a step up from the standard anti-fatigue mats available but for the 4X12 only $43 more. It was shipped over night for $30. So I have invested $273 for a 4'X12' 5/8" Thick Anti-Fatigue mat. I have just laid it down right over the previous and boy are my knees happy. If you are looking for an mat check ULine out. I highly recommend the Cadillac but I'm sure their standard 'soft cushioning' mats would do the job for many. One thing to remember...most of the mats you see available from quilting sources are 3/8' thick. Spend the little extra and go for the 5/8" in whatever size you need. I've seen 2'X8' 3/8" advertised for over $200 from quilting related vendors. On Uline you can find a 5/8" 2X8 in the standard version for $68. Shop around.

As the result of a childish temper tantrum from yours truly I broke, beyond repair, my cordless Dyson which I used daily in the Longarm Room. It was in fact one of the first Dyson Cordless models to my knowledge, the DC44, which we got in 2010. Now the V10 reigns as the leader in the Dyson inventory. The V10 Absolute is $527 on Amazon...The Animal is $476.

Not wanting to break the bank for the V10 and liking some of the features of the Shark F80 ($349...on sale for Thanksgiving NOW for $299) I went with the Shark. Which saved us about a $180. Mistake, HUGE mistake. It doesn't hold a candle to a Dyson. Shark does have some features that are beneficial and I will use it until it wears out OR I have another childish temper tantrum. Shark does have a 60 day money back guarantee. But by the time you get it packaged, properly for shipping, pay the return shipping costs and the restocking fee you might as well just burn a Grant. My experiences have shown, half the advertised battery life, loss of suction as soon as the internal screen attracts dog hair, lint, thread and fine particles...in a house with dogs, lint, thread and fine particles it only takes a few minutes to plug up the internal screen and suction drops off dramatically. I'm saving my pennies and dimes and will upgrade, huge upgrade, to a Dyson as soon as practicable. Hopefully the Shark will last that long. Fortunately we have mostly laminate flooring that the Shark can barely handle. For the throw rugs we have two choices, both the Dyson Ball and the Oreck vacuum circles around the Shark. Live and learn...oh yeah...and control your temper. 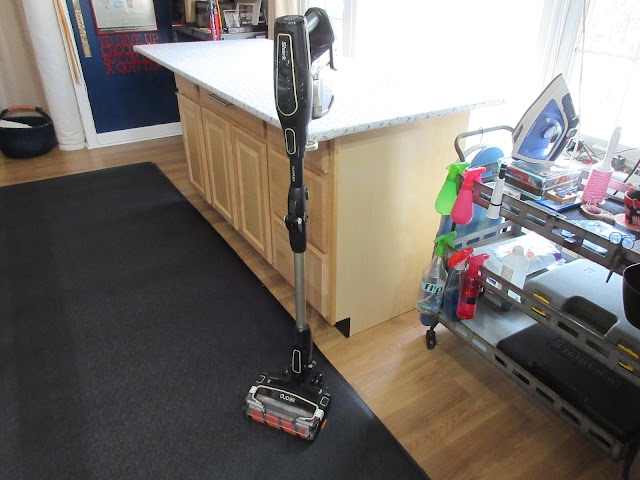 Quilts...yes I've been quilting...here's a few since the first of Nov. 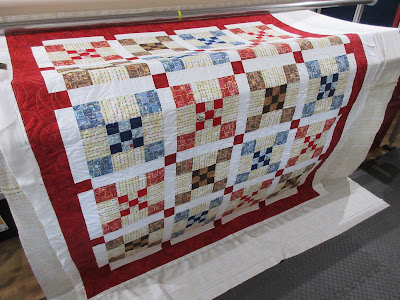 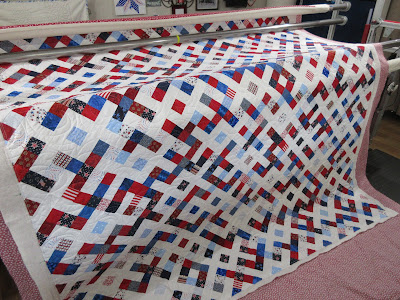 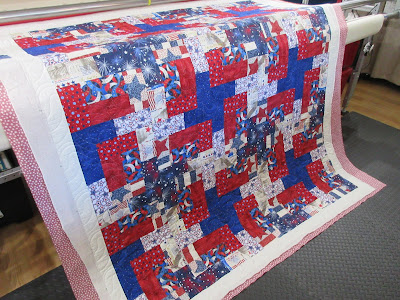 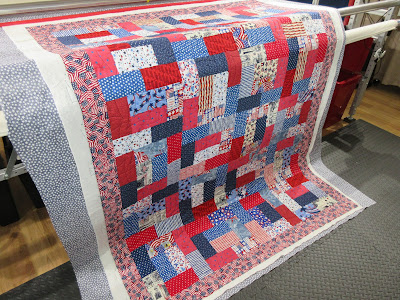 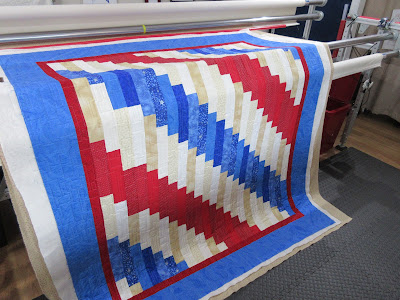 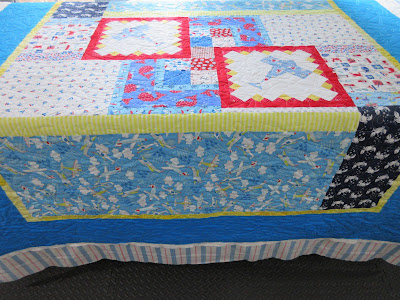 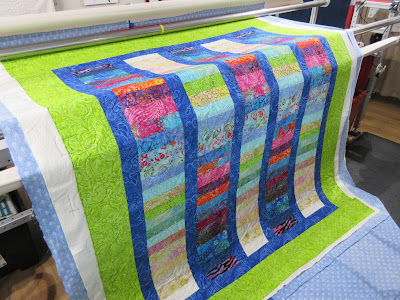 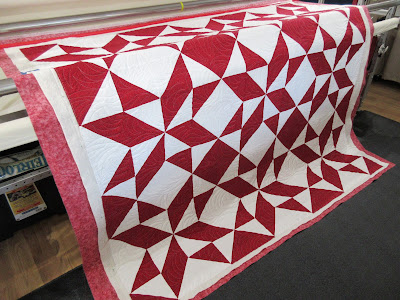 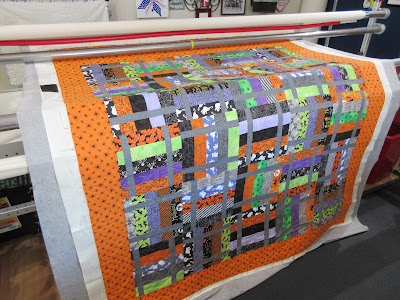 Enough for now...enjoy your holidays and well...

Quilt till you wilt we do.