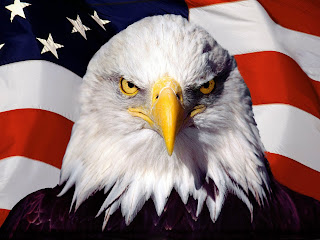 Several weeks have passed since I posted my response to the Board of Directors approved 2020 Budget that was presented to the membership via an email from the salaried Executive Director. I emphasize salaried since it is misleading to anyone that visits the qovf.org website. If one reviews the posted Policies and Procedure’s you will find the following content:

“The Foundation’s leadership consists of its Board of Directors, its Executive Staff, and its State Coordinators, who are all unpaid volunteers. The Foundation expects its leadership staff, member group leaders, and members to adhere to the standards and policies described in this manual.”

There are several positions on Executive Staff that are salaried. In 2016 the reported figure was a shade under $1500. By the end of 2017 that had climbed to over $15,000 and at the end of 2018 to over $109,000. The Executive Director’s position has been budgeted for 2020 a 33% increase in salary. One can assume the final figures for salaries, other compensation, and employee benefits will rise above the $109,000 numbers for 2019 and most certainly for the year 2020. To convince me that the increase to the membership is to only cover Group operational costs would take a team of CPA’s from PricewaterhouseCoopers LLC.

But that is not the good news. There has been some reevaluation of the proposed budget. The Board has approved the new Group Business Fees be allowed to be withdrawn as an approved expense from a Groups Trust. Previously the Groups Fees were out of one’s personal pocket. The increase for one that chooses to be a National Member associated with a group has been reduced from $15 to $10. A reasonable increase as the Foundations Operational costs for a group could have easily increased along with just about everything else in existence since 2014. How much is yet to be determined. Considering the many Chapters of Project Linus pay $100 a year for operational costs…QOVF is still a bargain.

The very good news. Through the efforts of a very dedicated and committed group of volunteers who spend countless hours helping with our fundraising functions annually, Not Forgotten QOV has sufficient assets and will be able to utilize the offering from National to pay our Group Business Fee from our Group’s Trust. We are reminded daily who really makes the Foundation a success, understands and thrives to accomplish the Mission, and without pause continue providing the symbol known to our service members and veteran recipients as a Quilt of Valor, the Volunteers. Without them the Mission would be a failure, Catherine’s vision but a passing thought and Not Forgotten QOV but a title.

We thank you for your support and kind words and responses as we trekked through these muddy waters.