On one of the 'groups' we belong to someone wrote asking about PantoVison indicating they were giving some consideration to purchasing and was asking what current owners/users thought. I thought I would share my response here as well as with the group.


We are all newbies at one time or another and as we progress we look back and think 'why didn't I do that sooner.' I think you'll find this about PantoVision...I have said this before...It is a computer program, being attached to an electrical, mechanical device operating through yet another version of Windows by a human...there is a learning curve and if it were easy everyone would do it. For me, if it weren't for PanotVision I would have never attempted to longarm. It only makes sense having worked with power tools all my life that you stand in front of the machine...In my opinion Pantovision brought longarming into the 21st Century, it created a more ergonomically correct posture for the user and added a much higher level of organization and provides opportunities for design that was previously limited. I just ordered Pre Design Studio III yesterday to compliment our PantoVision. It will allow us to design our own patterns and import them into Panto and at the cost of $15 per pattern will pay for itself rather quickly. I guess that's just my frugal part standing out. When the designers had to do the creation of the pattern, supply the paper, ink and machine to print that was a fair price...I just have a hard time justifying that expense to send me a file via email. We have a 22", 12' with a Standard Stitch Regulator that is complimented with PantoVision. If we could go back and do it over would we do anything differently...well it took a lot of research, going to shows, comparing machines and hours of discussions...yes it would be different...we would have gone with our gut decision and gotten Innova with PantoVision like six months sooner. 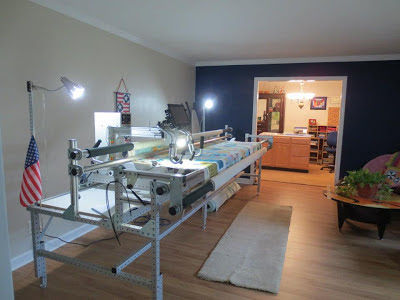 I guess we all have our preferences and our experiences will, in many ways, dictate some of the paths we follow. If anyone is contemplating Innova or PantoVision don't let the negative you may hear out weigh the positive. One great machine and one really good program to compliment the machine. Can either be difficult, of course...welcome to quilting, welcome to life. Quilt till you wilt.